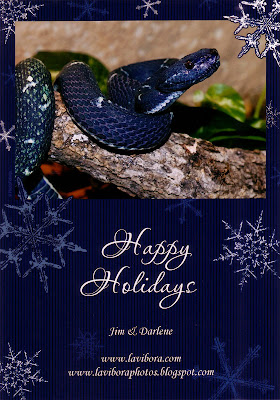 I've never been more out of my element than at the Megadeth Concert this past Monday night up in Corpus Christi. Don't get me wrong, in spite of the cold, wet weather, I enjoyed Megadeth. It was the three "death metal" bands (as Darlene called them) that proceeded Megadeth that made the night that much more miserable. I've never been a fan of the so-called speed metal bands so I've never had the "pleasure" of seeing any in person. But, Darlene has always wanted to see Megadeth so when she got the e-mail alert from The Concrete Street Ampitheater that they were coming to Corpus, she bought tickets on-line immediately.
The gates opened at 6 pm and, of course, we where there on time. The first band, "Arcanium" started shortly after we arrived. Honestly, I don't remember much about them because we proceeded over to the Megadeth merchandise "shack" to browse the tee-shirts and such. I bought Darlene a $45 "tour" shirt (long sleeved) and then we headed down to the stage area. We were happy to see the area covered since there was a 100% chance of rain that night. There were even flame heaters spaced across the back that a few people were already gathered around. As we found a place to stand, the lead singer said there were 2 more songs in their set. Honestly, I really couldn't discern any real music so it could have easily been just one long song. I'm not sure. They incited the sparse crowd to make enough noise so that Megadeth could hear the cheers in their tour bus then they were gone. One down, two to go.
The crews efficiently changed the stage sets, exchanging drum kits and microphones. Two large posters of a bloody woman laying on a rusted box spring were spaced evenly on both sides of the drums. They were hung on flimsy PVC frames and it reminded me of the first banner stand I made for the Venomous Expo. In other words, CHEAP! The final touch to the stage was a large, black wooden box, placed in the middle. The lights dimmed and the crowd was suddenly a lot bigger than just a moment ago.
"Suicide Silence" erupted into an unintelligible, screaming rage that caused me to cringe. "I don't get it!", I screamed to Darlene (she reminded me later that our parents once said the same thing about the music we listened to growing up). If the guy was singing, I never understood one single word and I KNOW the Beatles never sounded this bad to my parents! As a matter of fact, all I heard the entire set was a high pitched scream that sounded like, "rah, rah, rah, rah, RAH!" Between the first and second song (I think!) the lead singer incited the crowd to "open this place the f*** up!" When he started screaming again, the place suddenly erupted into a huge mosh pit. Finally, something entertaining! I was amazed to see the kids, and I do mean kids, slamming one another to the ground. The person on the ground would get up, hug the person who knocked him or her down then the whole killing-one-another thing would start over again.
By the time the 3rd band, "Machine Head", did their set, the pit seemed to have become a bit more sophisticated. The circle pit, as the singer from Machine Head called it, began to rotate in a counter clock-wise movement. Then, as if someone dropped a flag to begin a drag race, the pit would erupt into a killing field. I zoned in on one person who constantly walked back and forth, seemingly untouched, as the people around him smashed their bodies against each other in total chaos. For some reason, I found myself thinking back to the scene in "Apocalypse Now" when Robert Duvall's character, Colonel Kilgore, walked along the beach unafraid and untouched as incoming rounds from Charlie hit the ground around him. My mind wandered further and suddenly, Kilgore was trying to get me in the pit.
Kilgore - You can either mosh or you can fight!
Me - Are you crazy? Don't you think it's a little crazy for some R&R?
Kilgore - If I say it's safe to mosh this pit, Sailor, then it's safe to mosh this pit! I mean, I'm not afraid to mosh this pit, I'll mosh this whole f****** place!
Me - I don't know sir, it's a..
Kilgore - What is it Sailor?
Me - Well, I mean, it's pretty hairy in there. It's Charlie's pit.
Kilgore - Charlie don't MOSH!
I know, it's a bit far-fetched but that's what actually went through my mind at the time. After all, the music was unintelligible and we were really never safe from getting punched anywhere we stood. As a matter of fact, during one of the sudden mosh outbreaks, I took either a fist or an elbow or maybe even a knee in my left rib cage before Darlene drug me to safety!
It was finally time for Megadeth to take the stage. We eased up as close as possible but once Dave Mustaine took center stage, the pushing began. We had positioned ourselves where we could make a quick exit so we dropped farther back and to the right of the stage where we stayed safe the rest of the evening.
I'll be the first to admit, I'm not a huge Megadeth fan and during their set, I recognized MAYBE four songs. But the recent addition of lead guitarist Chris Broderick made me pay close attention and I left the concert feeling glad we made the trip. 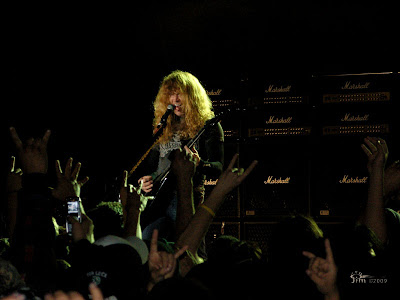